Everybody involved with the new building, designed by Wiel Arets

In the early 90s, the Academy of Fine Arts Maastricht experienced an upswing in part thanks to the addition of a new wing to the building. The last time that this happened was in the late 1960s, with the current main building designed by architect Frans Dingemans. This expansion was announced in 1966, during the celebration of the ‘40-year anniversary of the Stadsacademie’ (the founding of the Middelbare Kunstnijverheidsschool [Secondary School of Arts and Crafts] was considered as an important beginning).

The design of the new expansion was signed by architect Wiel Arets and taken into use in 1993. As part of this, a black coating was applied to the façade of the Dingemans building. Arets’ newly constructed section is connected to the Dingemans building via a skybridge. At the same time, the entrance was widened, made more transparent making it more welcoming to the public. However, this resulted in the covered stairway being used as a hangout by drug addicts, and a fence was erected years later to counteract this.

The square, which is spanned by this skybridge, was created in the 1960s following the demolition of the salt refinery of Seiglitz and Marres respectively. The square was now bordered by the buildings of Dingemans and Arets, the houses opposite which were designed by architect firm Mecanoo. In 1984, the square was named Memorial Square in memory of the victims of the then totalitarian regimes in Chile and Argentina. Ten years later on the 50th anniversary of the liberation of Maastricht, a monument – designed by sculptor Appie Drielsma – was placed in the pavement in memory of the victims of the German occupation.

The square was also often used for projects, including a fire project and a celebratory lunch with all the propaedeutic students and lecturers. 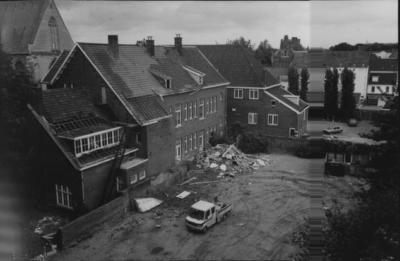 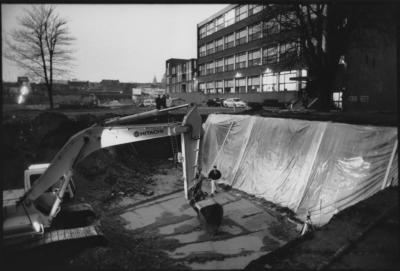 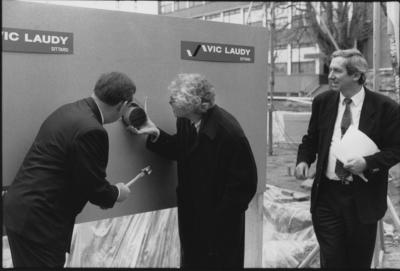 Laying the foundation stone of the new building 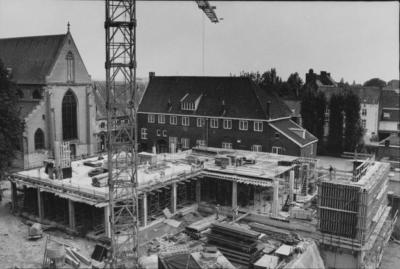 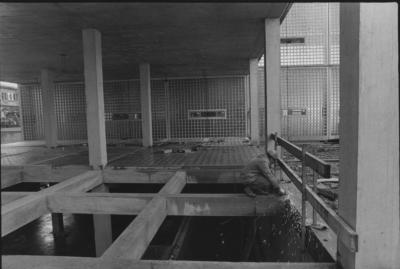 Look into the future wood workshop 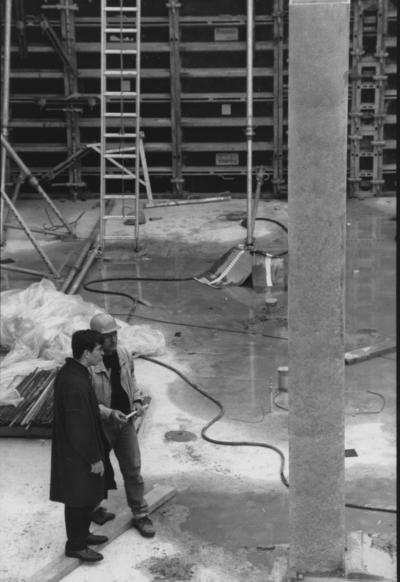 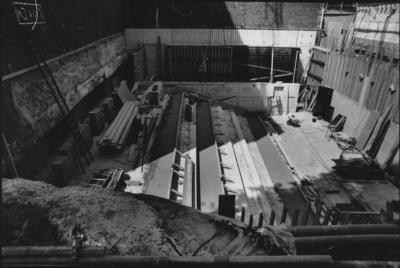 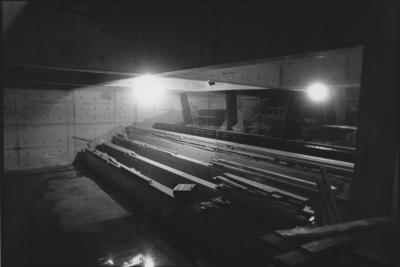 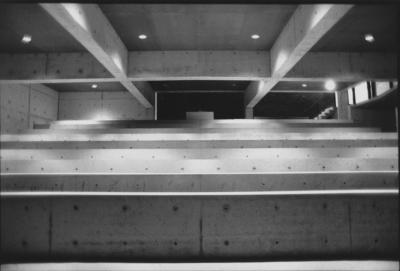 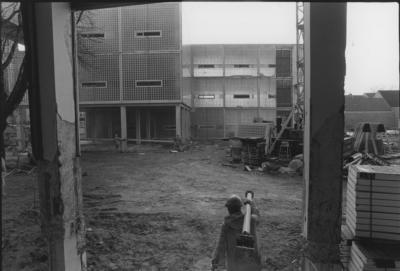 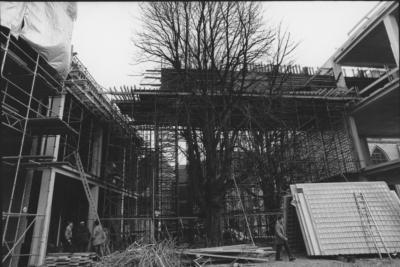 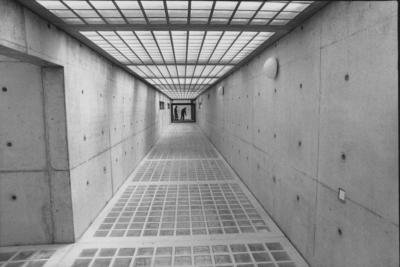 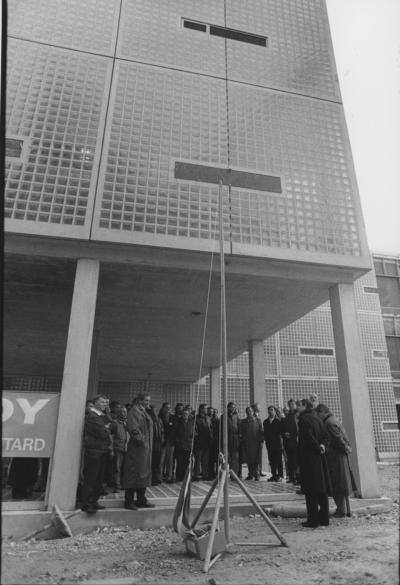 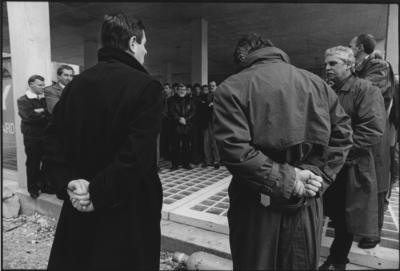 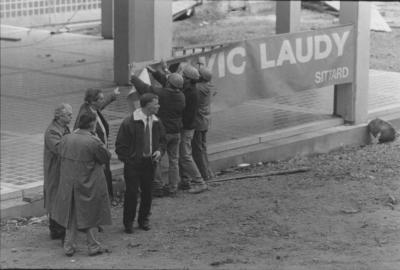 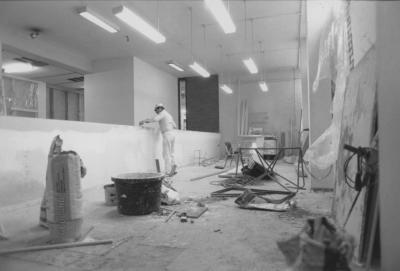 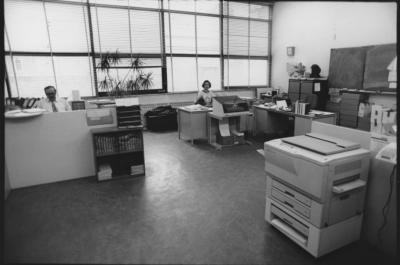