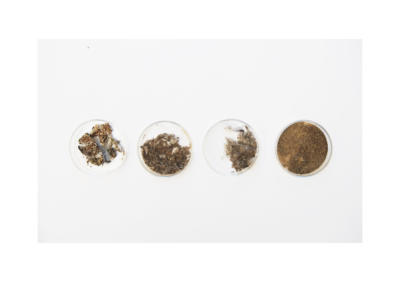 A project related to civil society about vulnerability, discord, groups, and lots of pigeon droppings.
Horst Sevenum, a small municipality with about nineteen and a half thousand residents, is located in the northern part of Limburg. There has been a lot of commotion here during the past six months. The entire village is undergoing a veritable pigeon plague. The birds terrorize the streets, the shops, and so on. But the biggest victim of these ‘flying rats’, as some of the residents call them, is the church.

A peregrine falcon is always hungry and ninety per cent of its diet is pigeon meat. Of course, this bird of prey does not make any distinction between the weakened church pigeons or those kept by the pigeon racers.

This study zooms in on this issue with the goal of establishing a connection between the various target groups by presenting them with a creative solution: cross-pollination between the community and the designer.

A material study, a study into totally unwanted material: pigeon excrement on the church tower. So, why can’t we see these 14 kilos of pigeon poop produced by each pigeon every year as a raw material instead of a nuisance? Can’t we do something useful with this?

Now, what brings people together better than the conviviality that is so typical to the province of Limburg? How about initiating a fruitful discussion among the parties concerned over a cup of coffee and a slice of traditional Limburg vlaai (sweet tart), on the church square to end this tragic comedy by ‘washing up together’.

The coffee and pastry would be served on china glazed with pigeon excrement. Guano glaze. And all parties would be filled with pride for ‘their’ pigeons. To make them see the pigeons and their accompanying droppings as something valuable. To bring the various groups with their different standpoints closer together.

Not for,
Not against,
But with the pigeons.
Uniting rather than pigeon-holing. 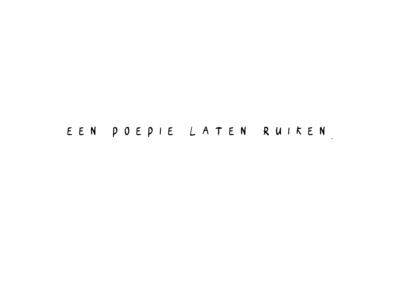 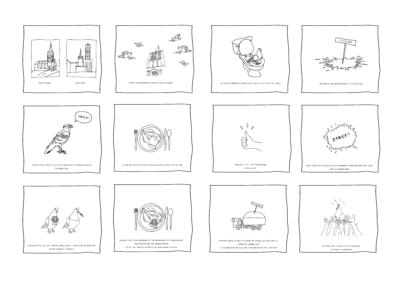 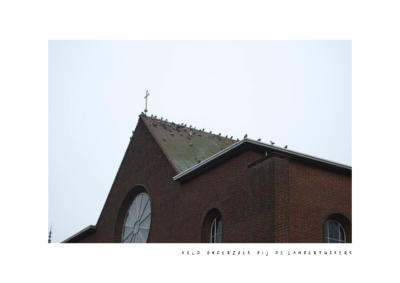 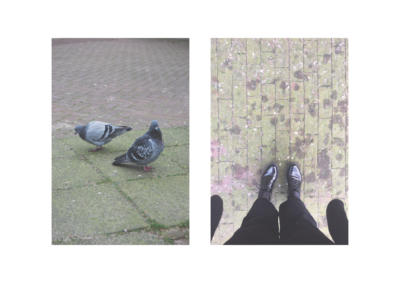 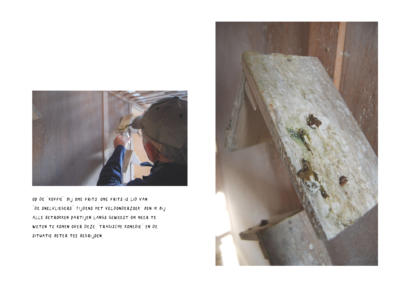 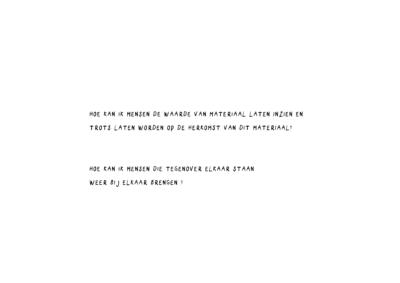 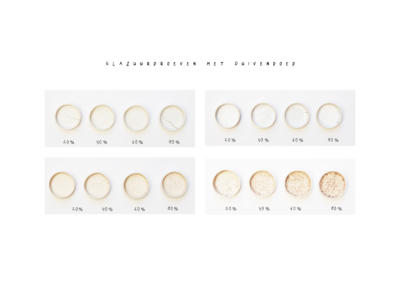 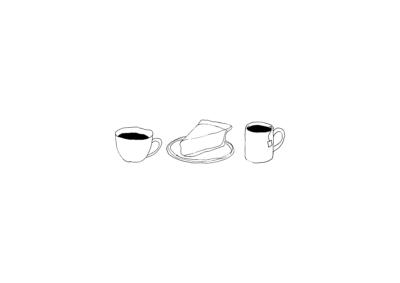 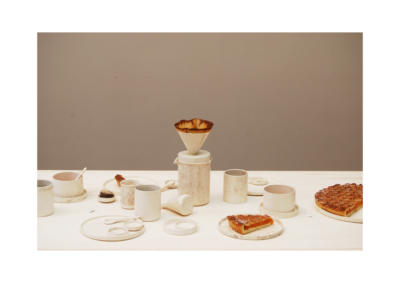 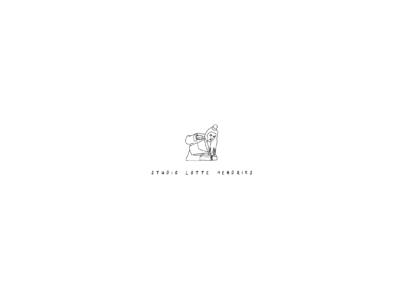 This fascinating story was broadcast by the Limburg television channel L1: pigeons have been terrorizing the churches of Horst Sevenum. Their excrement is causing a great deal of damage in and around the church and this has become the subject of discussion for parties with opposing views. Wouldn’t it be possible to see the pigeon guano as a raw material for unification rather than a nuisance?

How can people see the value of this, and take pride in its origin? How can we unite groups that are arguing? Various parties are involved in this tragic comedy. Research was conducted to gain a better understanding of the situation and the varying opinions. Interviews were held with people like Uncle Frits, a member of the ‘De Snelvliegers’ pigeon racing association, the association’s chairman Sjaak Keunen and Henk Versleijen of the Horst Sevenum church council. Big racks were installed in the church to keep the pigeons away after the belfry was renovated due to the damage done by the droppings. Pigeons can no longer enter the church tower and that any need for peregrine falcon nesting boxes is precluded. Although the pigeon racing association and the church council are relieved, the pigeons will now be homeless.

Despite the solution, there is still some tension. An investigation revealed that information had been withheld in the news item broadcast by the local television channel and that information had been taken out of context. Many people are disgusted by the pigeon excrement. But is it really so disgusting? The excrement was investigated by an authority in the field of chemistry and a veterinary laboratory in Horst Sevenum. They concluded that there were no health risks associated with the development of the finished product. A study was also conducted into using pigeon excrement as a raw material for ceramics glaze.

‘There is nothing that unites people better than the conviviality that is so typical to Limburg. Everyone drops by for a cup of coffee with a slice of traditional Limburg vlaai (sweet tart) at 3 o’clock in the afternoon through the back door. Discussions are held and everyone gossips about the goings-on in the village.’

A product was developed with this knowledge to bring the groups together: a special coffee service in which the pigeon excrement plays a big part. It is used as a ceramics glaze. The design is based on laboratory glassware, which people associate with ‘clean’ and ‘sterile’, as opposed to the ‘dirty’ droppings.

Ultimately, all the parties involved are invited for a cup of coffee or tea with a delicious slice of vlaai on the church square. To initiate discussions and conclude by washing the dirty dishes together in an endeavour to put an end to all the commotion. This will answer the question put forward by the research and we will discover whether this will unite the groups with opposing viewpoints and help them understand the value of pigeon poop.

Uniting rather than pigeon-holing.