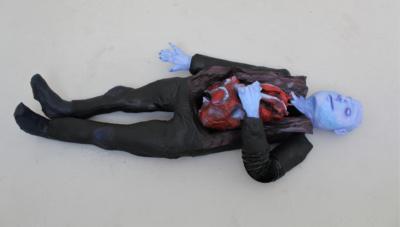 ‘There is a man lying down in the middle of the room. His chest is open and his gigantic heart is lying on top of it. I observe him from a distance, watching how he is pounding his heart with his fist, BAM, BAM, BAM. What is he trying to do? I approach him to get a better look. The man is wearing a dark suit, and his skin has a peculiar colour. His eyes are closed; I can’t read any emotion on his face, as if he is asleep. Then I wake up.’

I approach my environment, observing all the while. I look around, searching for anything out of the ordinary: a fish trapped in a tree, heads rolling across a bowling alley, a two-headed cow, and so on.

My quest for the peculiar draws my gaze to things around me that do not appear to be entirely ‘right’, for whatever reason. I record various oddities, usually as a drawing. I take my sketchpad with me wherever I go. This is where I record all the strange things I observe and my thoughts, some of which are clearer than others. Everything I sketch in here can then be used as the starting point for a work of art. The act of drawing is often the beginning of the process, a starting point from which the absurdities can be expressed more clearly. These drawings are not a representation of what could actually be seen, but what I saw. Because I translated the ‘real’ image to my own perception of it, I call these drawings ‘images from another reality’.

My process goes far beyond documented observation. I choose a sketched image of what I find to be most interesting at that point of time, and turn it into something three-dimensional. But I also sometimes combine images that are already ‘finished’ into a new work. I see the things I make as if they were jigsaw pieces in an impossible puzzle. I continue to move the ‘pieces’ around, or to discard them and/or add other pieces, until I am pleased with the result. Alternatively, a single piece could also be a work of art onto itself. As a result, I can never tell you what the final work will look like with certainty.

The last step is based on the response to my work. I could tell you, step by step, what my thoughts were, when an image changed and why, but that would completely undermine my work. Instead of explaining a specific image, I would rather tell you about my general process. By offering the person looking at my art a background story, I challenge him or her to independently decide what it represents. What is certain is that the ‘scenes’ I create do not take place in this reality. But in which reality do they take place?

People often speak about escaping reality. This implies, above all, that a fantasy world exists that is parallel to our everyday reality. I assume that there are multiple versions of reality. You could compare this ‘escapism’ to the Romantic era, when imagination and fantasy were highly valued. Then, there was a focus on uncharted territories in the human spirit: the supernatural and subconscious aspects of reality, undiscovered and sublime areas. Today, people also long for an idyllic world or a dream world.

My favourite occupation is daydreaming, and it doesn’t matter where my dreams take me. I recognize this ‘method’ in the observation and documentation of peculiarities. If there is one place to be for absurdities, it is your dreams. It doesn’t matter if you are sleeping or just daydreaming: I have noticed that, when I am daydreaming, I adopt a specific mindset and am not all too occupied with thinking. Usually, I start with an observation and, from this moment onwards, my thoughts appear to come and go of their own accord. Often, I am not even aware that I am actually playing this ‘thinking game’. This is also the state of mind in which I prefer to create my art. When I am dreaming (during the REM phase) I often dream about things that happened on the days before. This is not very interesting in itself, but I have a trick for turning this into something unique. I know that when I fall asleep on my stomach, that's when I am most likely to have a ‘nightmare’. By doing this, I am sometimes able to turn my observations of that day into a bizarre scene. When I wake up after a dream like this, I immediately write down what I experienced, although I am not able to remember every little detail. When I decide to transform a dream into a work of art, I fill in the missing pieces while working.

I think it is very interesting to see how a recognizable image to which something slightly absurd has been added can produce a slightly disturbing effect in someone’s mind. Particularly when you don’t see in first instance what it is that can cause this discomfort.

My work originates from a different perspective on reality. I would therefore presume that the images I make belong to an alternate reality. I do not create this world in its entirety, only scenes that occur within it; floating between recognizability and alienation. 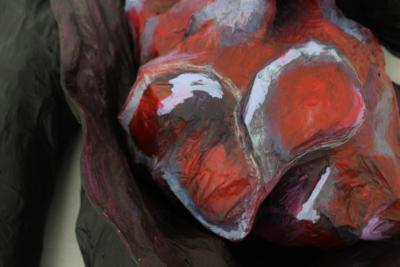 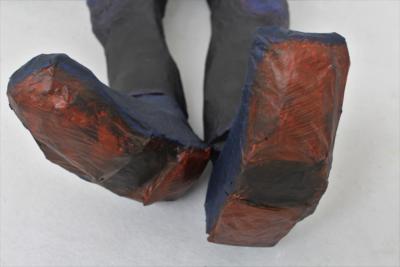 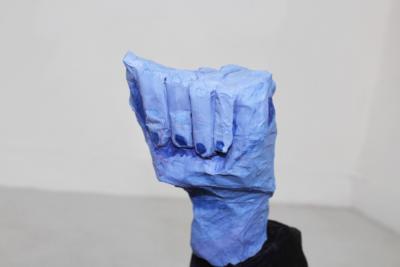 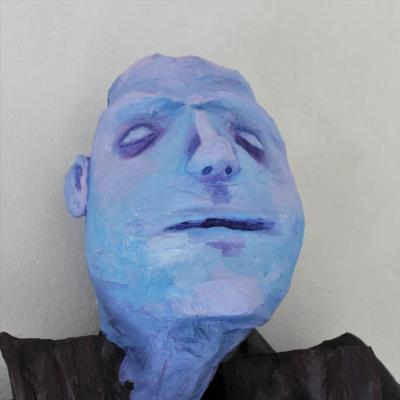