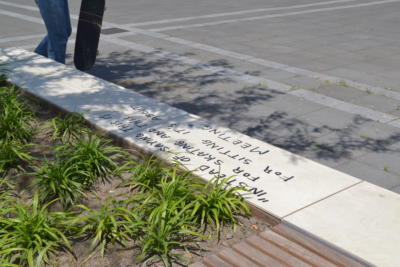 Public space is (re) defined by its users.

A while ago I was skating with some friends in the streets, in the inner city of Maastricht, more precise one a pedestrian bridge. There was a man that walked by and he had a camera and asked if he could take some pictures of us skating the spot. We allowed him to do so and he started taking pictures. It was a busy and beautiful day, so a lot of people passed by, each having their own point of view on what we were doing there… Especially with the older generation you can sometimes feel their eyes judging you. I get it though, because mean the only thing we actually do is trespassing and destroying public property, right?
After a while two, rather old ladies, passed by. I was trying a trick on the arch of the bridge myself when one of the ladies said: ‘’Do you really have to break everything?!’’. On which I replied: “No ma’am we are just having fun!” The other lady replied to me: ‘’Was that an ollie? My son used to have one of those things (skateboard). And he used to have like one of those half pipes in his back yard.’’ I replied to the lady saying that what I did was not an ollie but she wasn’t far off, and I skated away.

This is only one of the many encounters I had while skateboarding in a public space. Meeting new people inside public space that I might have never met or spoken a word with if it wasn’t for me skateboarding. But a problem arises as public space is not meant to be used by everybody, especially not by skateboarders. Because in the public opinion skateboarders are breaking public property, making a lot of noise with their boards and trespassing property and what not.
How is a public space then truly public if there are actually groups being excluded from this space? Why do city planners and architects go as far as altering public space and the architecture in it so that different groups can’t use it in their appropriate ways? Why can we not all enjoy a space and use it in the ways we want to?
As an artist and a skateboarder I want to address the views and meaning we attach to public space. I want to raise awareness and questions of the included use of the public space through my work. In this way I hope that the viewer or public (of my work) can ask questions to themself and redefine what public space is to them or could mean to them. 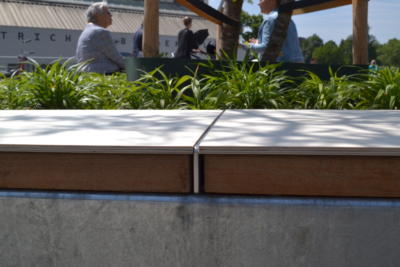 Documentation of an installation done at Plein 1992 in Maastricht (NL). 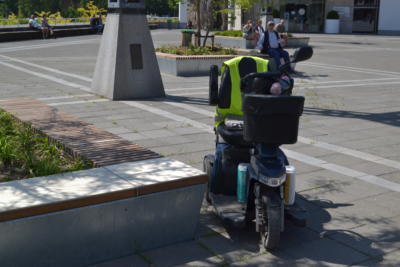 A man was not so happy with us being there, so he put his scootmobile in front of the bench thinking we wouldn't be able skate it anymore... 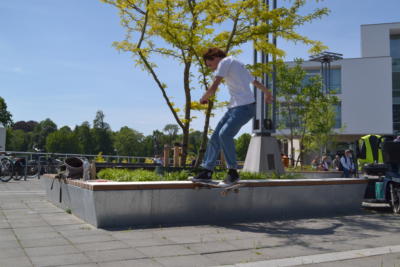 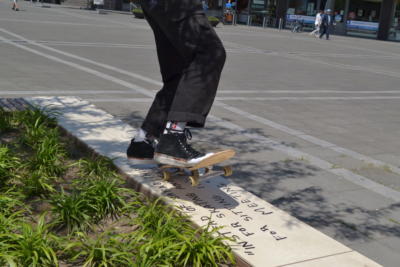 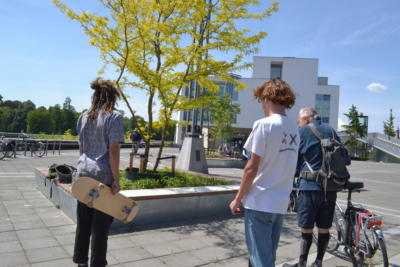 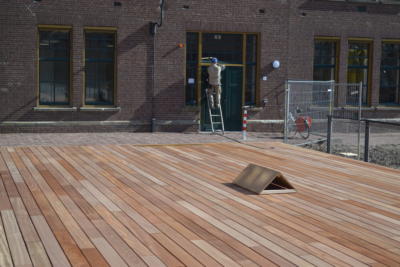 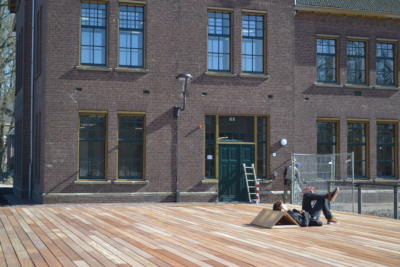 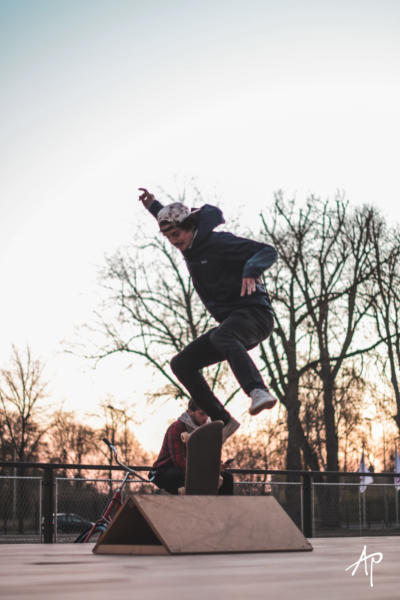 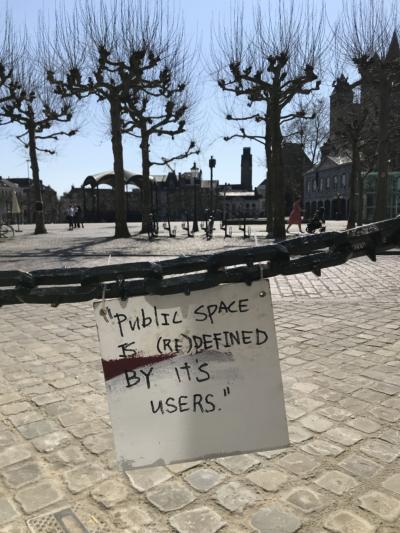 A small note to people who use public space. 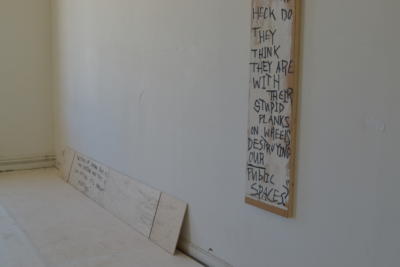